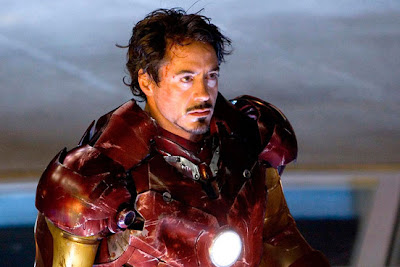 Iron Man 3 shoots into theaters hoping to make amends for that tiny blemish with Iron Man 2. Iron Man 3 looks every bit the part of a blockbuster movie. Prime release date, great promotion, early advanced ticketing at theaters, midnights, superhero film, all of these traits are there with Iron Man 3. Pre-sales have looked very good and it is comparable to Iron Man 2's pre-sales. It does not seem as quick because of all the added screens that Iron Man 3 will get unlike last time. Against the heavyweights, it is doing better in pre-sales than The Amazing Spider-Man and The Dark Knight Rises but is slightly behind The Avengers and Transformers 3. Most theaters have given Iron Man 3 advanced ticketing up till Sunday and some theaters have already rolled out the red carpet and posted nearly full showings on Thursday and Friday for Iron Man 3. First sellout went to iSQUARE which sold out a Thursday 7 PM showtime. In IMAX, Megabox and iSQUARE are both seeing peak shows at more than 95% capacity. Airport is lagging behind but it is still doing its busiest since The Hobbit. Iron Man might not be as popular as the more established superheros but it will pack quite a punch this weekend. Early reviews seem to be very positive which bodes well for legs. Rushing in with a super saturated release in more than 45 theaters, Iron Man 3 will double Iron Man 2's opening weekend and dominate with $3.5m.

Though it will be Iron Man all the way, there are still some other movies to talk about. Evangelion 3.0: You Can (Not) Redo is the third in the Rebuild of Evangelion tetralogy. Evangelion 2.0 came out of opening weekend with only $46,000 but that was before the staggering price hikes at theaters. 4 years later, Evangelion 3.0 will benefit from higher ticket prices and a Wednesday release. Opening on Wednesday is a good move and it will not be interfered by Iron Man 3. Pre-sales for Wednesday are very strong and all theaters are having strong showings with 7 PM showings more than 50% full. Thursday and Friday remain to be seen with schedules not fully posted but Evangelion 3.0 will take a big hit and it will be forced to give up the bigger screens to Iron Man 3. Theaters will likely give Evangelion its own screen or it will share with Oblivion/Conspirators/Drug War for the last screen. It is on the big screen in a limited way with only 9 theaters giving it showtimes but the extra day will help with opening weekend. Factoring in higher ticket prices, $120,000 for its 5-day opening weekend is a good start for the franchise.

Conspirators broke through the 1m mark for the first time last weekend and also defeated the first two Detective movies in the process. Having achieved those milestones, Conspirators looks to add to its sum. Iron Man 3 will crush its screen count this weekend but last weekend it eased around 35% for a $330,000 weekend. Theaters will keep it another weekend considering the good hold last weekend but it might be left with 1 or 2 unfavorable showtimes at most locations. The Detective series is no stranger to big blockbuster competition. The Detective 2 had to deal with Pirates of the Caribbean 4 on its 2nd weekend and it dropped nicely, decreasing only 57% that weekend. Conspirators will decline a bit harder but its drop should be the best of the top 5. Playing in its 3rd weekend, Conspirators looks to lock up another $105,000 for $1.205m in 18 days.

Last weekend's champ Oblivion will be decimated by Iron Man 3 and will likely fall behind Conspirators. Its 2nd weekend was not bad, recovering just enough to squeak by with a better hold than Battleship's 2nd weekend. Though Oblivion came through with an OK hold despite direct competition from The Host, this should be the end of days for it. Iron Man 3 will take away its screens despite Oblivion being on a HK theater owning distributor. Broadway/AMC will have to make a choice as to whether or not they will show Oblivion or Finding Mr. Right on the last screen. Common logic suggests Oblivion but Finding Mr. Right has been leading the pack with the best holds the past 2 weeks. Oblivion will still make 2m although it might have to wait until weekdays to finish the deed. Ejecting -82%, it will push for another $88,000 and close to 2m total.

Johnnie To's Drug War opened tepidly, making only $375,000 including sneaks. It might have been affected by Conspirators performing above expectations but it should have been able to hold its own. WOM is good but good WOM will not save it from it jumping off a cliff this weekend. Continuing into its 2nd weekend, Drug War will pay a hefty price for last weekend's soft opening. $70,000 would take it to $480,000 in 11 days.

Finding Mr. Right once again held the title of best weekend hold of any holdover in the top 10 last weekend. Although romance should be far away from an action superhero movie, Iron Man 3 features a subplot with romantic elements to it. Romance films will not be spared this weekend either so if it keeps on performing well, it might be able to escape with a 60% drop this weekend. The good news is that it has already passed 1m but it might not be able to catch up to Don't Go Breaking My Heart anymore. 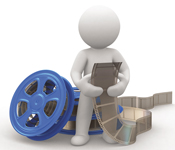 View Profile
Search
Article Stats:
Score:
32
Views:
4525
Other Content:
Essay Assignment Helpers | Professional Essay Help
An essay Assignment is an undertaking given to students which they need to do at their individual homes. Assignment Help is a help administr
devonbrown
Vashikaran Mantra For Wife - Easy Way To Solve You
Times have changed, and with changing times, people's perceptions and the chemistry of relationships have changed. In the past, wives were devoted
Kali Mantra
Why is assignment help important for the students
Schools and colleges in the UAE follow the different curriculum as compared to other countries. Therefore students seek assignment help so that they s
masonethan
How To Add HP Printer to Mac?
Would you like to know how to add printer to mac? Here we explain the steps to add HP Printer to Mac. You can power on your Mac device and Printer
allprintersetup
How can I change my Gmail password?
Changing passwords often is a good practice to prevent hackers from getting illegal access to your personal information. Hackers heavily target Gmail,
lisabrownusa789