When a musical is released during the holiday season it usually means we’re dealing with a potential awards contender (or at least a film trying to be one). Musicals released in the summer season, on the other hand, usually mean to provide some unabashed fun that will have audiences tapping their feet to the rhythm of the music. Adam Shankman’s previous hit Hairspray and the not-so-good Mamma Mia! fall into the latter category (with Moulin Rouge! being an exception for a summer-released musical, though amidst all the tragedy it offers a lot of fun as well). Now Shankman is back with another adaptation of a hit Broadway musical. Whereas Hairspray was a homage to the 1960s and its political themes of segregation as well as its funky tunes and the happy-go-lucky attitude, Rock of Ages continues Shankman’s journey through different eras of music and brings the audiences a full-on 1980s rock ‘n’ roll experience. However the two films share one common trait – for all their shortcomings and lengths, both are offer pure, hum-inducing musical fun fully embracing their respective eras with all the cheesiness that comes along.

It’s 1987 and small town-girl Sherrie (Julianne Hough) arrives in Hollywood with big dreams of a music career. After being robbed minutes upon arrival on Sunset Strip, the equally ambitious Drew (Diego Boneta) who is still waiting for a breakthrough with his awesomely (silly) named band Wolfgang Von Colt gets Sherrie a job as a waitress at the legenday Bourbon Room where many of Sherrie’s and Drew’s idols like Stacee Jaxx (Tom Cruise) recorded their music in the past. What the two don’t know is that the Bourbon Room might be nearing the end of its existence. The new Mayor Mike Whitmore (Bryan Cranston) and his wife Patricia (Catherine Zeta-Jones) have declared a full-on war against the filth of rock ‘n’ roll, promising to clean up the Strip starting the “heart of evil” – the Bourbon Room. In a very personal vendetta against the Bourbon and, especially Stacee Jaxx, Patricia finds out that the Bourbon hasn’t paid any taxes in years which is a sufficient reason to close them down unless they can come up with enough money within a few days. For Dennis Dupree (Alec Baldwin), Bourbon’s owner and his right-hand man Lonny Barnett (Russell Brand) the only hope of survival is a one-night only show by Stacee Jaxx. Too bad that Jaxx is the least reliable person in music business. Always accompanied by his pet monkey Heyman and his sleazy, greedy manager Paul Gill (Paul Giamatti), he has lost touch with reality long ago. Set to the background of the greatest rock ‘n’ roll tunes we experience the highs and lows of Sherrie and Drew’s inevitable love story while their beloved world of rock ‘n’ roll around them is crumbling.

Shankman’s Hairspray was already a lightweight affair, but there were still a few “important” issues it touched upon like racial segregation and coming-of-age. Rock of Ages’ plot is undeniably flimsier. In the spotlight of the film is the unabashed appreciation for the faux-glam and cheesiness of the 1980s and its well-worn music. The film makes no secret of its musical roots and its focus on music over plot, opening with a singing scene (Night Ranger’s “Sister Christian” and David Lee Roth’s “Just Like Paradise”) as we follow Sherrie’s trip from Oklahoma to Los Angeles and see the City of Angels through her hopeful and deluded point of view. She strolls the streets enamored with the city despite prostitutes on every corner and arrests being made in the background. This is a nice parallel to the whole movie which aside from a few moments here and there mostly glamorizes the era, while leaving out the darker aspects. However, it is hard to complain about that when the movie is just such energetic  fun. It works just the same way as the whole 1980s nostalgia does (which is still a beloved theme with movies like Adventureland, Take Me Home Tonight and Hot Tub Time Machine released in recent years) – focusing on big hair and classic rock tunes more than on big issues.

Admittedly the movie takes some time until it finds its rhythm and flow. The first musical sequences sit rather uncomfortably (with Alec Baldwin blurting out “I Love Rock ‘n’ Roll” sounding particularly painful). However once Catherine Zeta-Jones’ Patricia Whitmore is introduced the movie finally finds itself and hooks the audience into the wild ride. If you are not sold with her rendition of “Hit Me with Your Best Shot”, the rest of the film probably won’t do it for you either. Here’s the clue – the enjoyment of the film heavily depends on the viewers’ appreciation of its particular brand of music. For younger audiences it might be too removed from Lady Gaga and Katy Perry, whereas the older among us might have heard the cheesy tunes one too many times. However if you still harbor some appreciation for Def Leppard, Jon Bon Jovi and Starship this might just be the movie for you. I won’t deny that my love for this music certainly helped to overlook some of the film’s weaker aspects like its unnecessarily overlong running time or the fact that the love story doesn’t work at all.

Just like in Hairspray, Shankman assembled a top-notch cast here. The supporting ensemble is so strong that Hough and Boneta as the leading couple are bound to be overshadowed. Hough is adorable with her glam-rock hairdos and can hold her own in the singing and dancing scenes. Boneta’s doe-eyed pretty-boy Drew however comes across far less appealing or interesting. Even less he comes across as a potential rock star, lacking the grit and the intensity of rock music’s big names. When Jaxx’ manager forces him to do boy band routine one can’t help, but think that he seems better-suited for that anyway which is definitely not the point intended to be made here.

In the end it is Tom Cruise who easily steals the spotlight here as the long-haired, perpetually shirtless, tattooed and debauched rock star Stacee Jaxx who has long lost touch with the world around him. Channeling Axl Rose, Keith Richards and Jim Morrison in equal parts, Cruise’s Jaxx is introduced perfectly as his manager tries to get him on stage after he awakes under a pile of scantily-clad groupies, wearing little more than suggestive satanic crotchwear and falls face-first into a whirlpool. Given Cruise’s real-life couch-hopping antics, this is a particularly amusing part, showing that the actor who turns 50 next month is still not above taking new challenges and reinventing himself. Of his illustrious and successful career, Jaxx is most reminiscent of Cruise’s praised turn as the over-the-top sex guru Frank TJ Mackey in Magnolia.  Sporting tight leather pants, dark nail polish and even darker eyeliner his stumbling version of “Wanted: Dead or Alive” is another of the film’s musical highlights.

Catherine Zeta-Jones also shows here that Chicago was no fluke. She is present at the movie’s best musical set-ups and masters the singing and the dancing with aplomb. Unfortunately, she doesn’t get nearly as much screentime as she deserves. Malin Akerman is almost unrecognizable as a Rolling Stone journalist who gets it on with Jaxx while singing Foreigner’s power ballad “I Want to Know What Love Is”. Baldwin and Brand play well off each other until a rather unsurprising, but amusing conclusion between the two. Baldwin is fun, but Russell Brand can quickly get too much simply by being, well, Russell Brand. Giamatti does the sleazebag manager impression well and the signing is surprisingly decent too. Mary J. Blige is a singing powerhouse, but her role is too short to make an impact.

Overall the film’s shortcomings are numerous and the whole packaging is too tame for a movie celebrating the 1980s. Given how the movie wants us to believe the utter debauchery and sexiness of rock ‘n’ roll, the film is still a very PG-affair. I have rarely seen such clothed strippers in a movie as I did in this one. And yet, for all the problems, the film’s exuberant energy, its great cast and its catchy tunes carry it through. That makes it easy to forgive the all too neat packaging and the ending that wraps up the plot as nicely as possible. 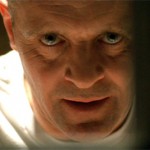 View Profile
Search
Article Stats:
Score:
32
Views:
2261
Other Content:
Roadrunner email support
Awesome and interesting article. Great things you've always shared with us. Thanks. Just continue composing this kind of post.
3cservice
Is there a phone number for Outlook support?
Are you looking for the Outlook Support Phone Number? Then you have landed on the right page. Maybe on various web pages or blogs, you won’t get
avawilliam
Technical help and expert guidance for Outlook
Are you using an Outlook account and facing some technical error? If yes then dial out Outlook tech support number for the technical help.  T
Jerry Wayne
Best odoo & website development services
Kanak Infosystems LLP. is a team of talented, passionate and experienced individuals. We provide development & support services for odoo developme
kanakinfosystems
How do I eliminate HP printer offline glitch?
HP printers are admired for its quality performance, amazing and unique features, and advanced functions. These printing machines are the top-quality
masonlava